This post is based on a (very small) part of the (dense and technical) paper Fooled by Correlation by N.N. Taleb, found at (1)

Notes on the main ideas in this post are available from Universidad de Cantabria, found at (2)

A significant part of Statistical analysis is understanding how random variables are related – how much knowledge about the value of one variable tells us about the value of another. This post will consider this issue in the context of Gaussian random variables. More specifically, we will compare- and discuss the relationship between- correlation and mutual information.

The mutual information between random variables X and Y is defined as:

is the joint and

are the marginal distributions of the random variables in question.

is the Kullback-Liebner divergence between (in this case bivariate) probability distributions. We won’t go into the details of this, but in general it is a measure of similarity between distributions.

Let’s have a look at an example of mutual information, this example is chosen 1) because its tractable and 2) because we can find

in terms of the usual measure of similarity, the correlation coefficient

, unit variance for both variables and a correlation coefficient

To calculate the MI we need the following results, shown without proof:

This means that our mutual information can be written as:

Figure 1, information as a function of correlation: 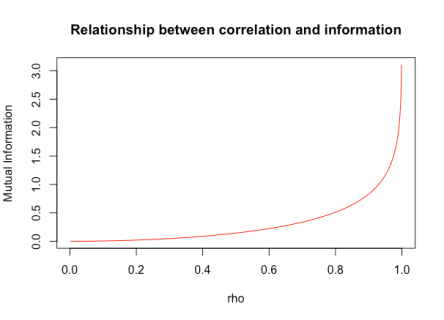 As can be clearly seen, the amount of information that we get about one random variable when we observe the other increases slowly at first and then much, much faster around

and then even more significantly around

the amount of information tends to infinity – if random variables are perfectly correlated then we know everything about one of them by observing the other one.

. Here the value of

has been varied from 0 (no correlation) to 1 (perfect correlation). The red lines are straight lines through the origin. Clearly, as the value of

increases, the values of 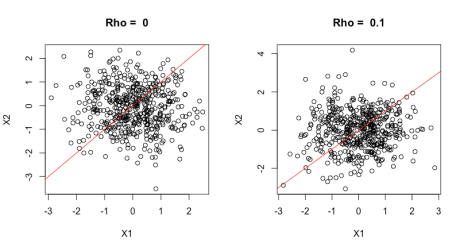 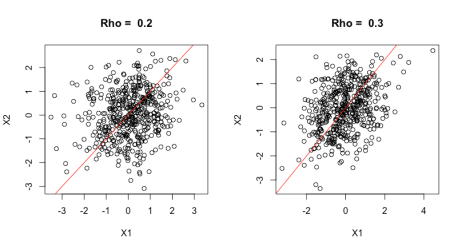 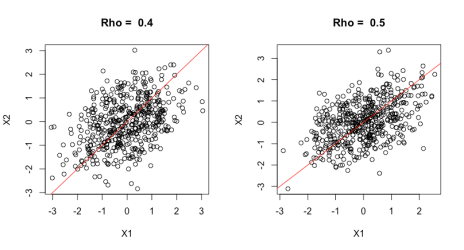 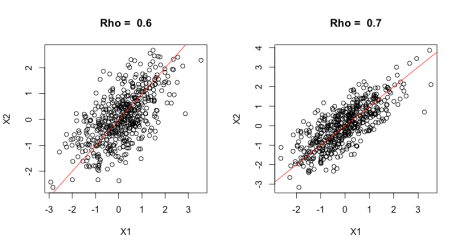 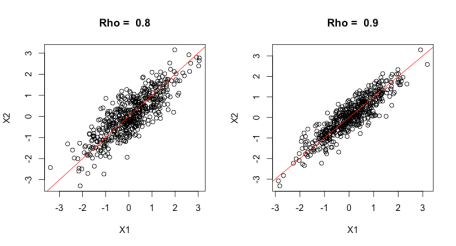 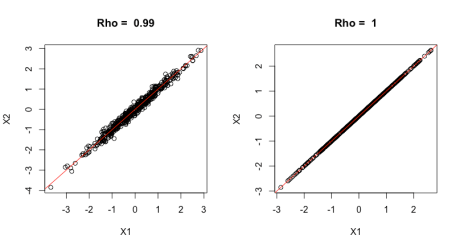 We can go further than this, by comparing the relative levels of information as we increase the value of

) as defined above at

This so an increase of 0.1 in correlation leads to 1.55 times as much information.

This so an increase of 0.1 in correlation leads to 1.62 times as much information.

This is more in line with the intuition behind the above plots – at higher values of the correlation coefficient, the mutual information between the random variables increases significantly.