Sticky Post – Read this first. Categories and Links in Mathemafrica

This is an episode in a series on mathematical logic approached with some rigour. Here, we will be closely following the book by Peter B. Andrews: An Introduction To Mathematical Logic and Type Theory. In this episode, we will:

The only knowledge this post will assume is a basic knowledge in set theory.

(The Prelude) Before we start with logic, let’s revise two ideas which may serve to be important later on. If one is familiar with the principle of mathematical induction and strong induction, one may skip this.…

This post is based on a (very small) part of the (dense and technical) paper Fooled by Correlation by N.N. Taleb, found at (1)

Notes on the main ideas in this post are available from Universidad de Cantabria, found at (2)

A significant part of Statistical analysis is understanding how random variables are related – how much knowledge about the value of one variable tells us about the value of another. This post will consider this issue in the context of Gaussian random variables. More specifically, we will compare- and discuss the relationship between- correlation and mutual information.

This is second post in the blog series, and it is meant to give a broad narrative of the content for next two blog posts. Like the previous post, it will be more of an overview, but the two posts that will follow it will unpack and discuss deeply whatever appears in this one and slightly more.

This property is known as Lipschitz continuity. A function that satisfies this condition is said to be Lipschitz.…

This blog post is a direct translation of a talk that was given by the author on the 17th of February 2020. The ideas was to very briefly introduce Deep Q-Learning to an audience that was familiar with the fundamental concepts of reinforcement learning. If the person reading this is not familiar with these basics, then a very great introduction can be found here: An Introduction to Reinforcement Learning. Without the additional details from the talk, one will note that this post is rather brief, and should really be used as a tool to gain an overview for the method or a gateway to relevant resources. This will not the case for posts later in the series, because the intention is to deal more with the mathematical aspect of reinforcement learning.

The idea behind reinforcement learning is that there is an agent that interacts with the environment in order to achieve a certain task.…

Curves for the Mathematically Curious – an anthology of the unpredictable, historical, beautiful and romantic, by Julian Havil – a review 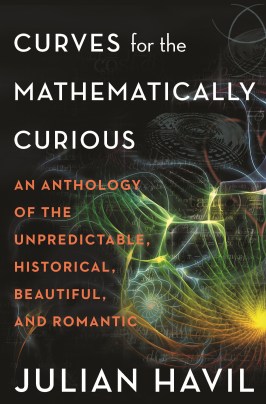 What a beautiful idea. What a beautiful book! In studying mathematics, one comes across various different curves while studying calculus, or number theory, or geometry in various forms and they are asides of the particular subject. The idea however of flipping the script and looking at curves themselves and from them gaining insight into: statistics, combinatorics, number theory, analysis, cryptography, fractals, Fourier series, axiomatic set theory and so much more is just wonderful.

This book looks at ten carefully chosen curves and from them shows how much insight one can get into vast swathes of mathematics and mathematical history. The curves chosen are:

In both Supervised and Unsupervised machine learning, most algorithms are centered around minimising (or, equivalently) maximising some objective function. This function is supposed to somehow represent what the model knows/can get right. Normally, as one would expect, the objective function does not always reflect exactly what we want.

The objective function presents 2 main problems: 1. how do we minimise it (the answer to this is up for debate and there is lots of interesting research about efficient optimisation of non-convex functions and 2) assuming we can minimise it perfectly, is it the correct thing to be minimising?

It is point 2 which is the focus of this post.

Let’s take the example of square-loss-linear-regression. To do so we train a linear regression model with a square loss

. (Where we are taking the inner product of learned weights with a vector of features for each observation to predict the outcome).…

Tales of Impossibility – The 2000 year quest to solve the mathematical problems of antiquity, by David S. Richeson – a review 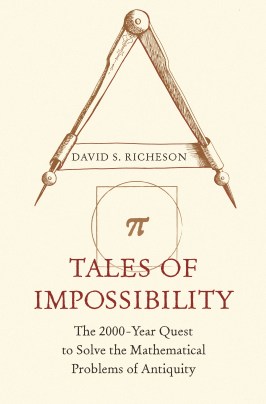 Four impossible puzzles, all described in detail during the height of classical Greek Mathematics. All simple to define and yet so tempting that it has taken not only the brain power of many, many thousands of mathematicians (amateur and professional alike), but also two millennia to show that however hard you may try, these puzzles are just not possible. The puzzles are:

A key consideration when analysing stratified data is how the behaviour of each category differs and how these differences might influence the overall observations about the data. For example, a data set might be split into one large category that dictates the overall behaviour or there may be a category with statistics that are significantly different from the other categories that skews the overall numbers. These features of the data are important to be aware of and go find to prevent drawing erroneous conclusions from your analysis. Context, the source of the data and a careful analysis of the data can prevent this. Simpson’s paradox is an interesting result of some of these effects.

Observing the overall data might therefore lead us to draw a conclusion, but when the data is grouped we might conclude something different.…

Below you find some thoughts on this wide question, I encourage you to think about. What is your vision of mathematics? It will be most probably the result of your own experience with the subject, traumas that happened along the way and realizing that, could make you more conscious about your relationship with the subject and the walls you might have built against the subject or part of the subject. In a sense, by understanding the bias and blockage, by objectively thinking about its value, you could allow yourself to be able to equip yourself with the full set of skills mathematics gives you to build your own greatest life.

Many of thoughts in the following around this topic are taken from the paper I recommend to read: Teaching and Learning “What is Mathematics and why we should ask, where one should experience and learn that and how to teach it”, by Gunter M.…

Reasoning and making sense: a pillar of mathematics?

An essential part of learning mathematics is about reasoning and making sense. What does this exactly mean?

When a student is given a problem, he needs to make sense of it, from his level of perceptive which is unique to each individual. This will come with big struggle, and the important next step is to stay motivated, curious, be extremely perseverant and not give up after the first few attempts. This might also require a good relationship with mistakes.

A students will have to develop his own strategy to solve a given problem. That might imply first to translate it in their own language, use their own words and knowledge background to get (understand) the actual question and problem they are attempting to solve.

They will have to build bridge in their mind to similar problem they have solve in the past even though they might seem different. This bridge will be easier and easier to connect with practice and experience and sometimes might not work and some other connections will need to be created until finding a suitable one.…