The question is as follows:

So, let’s think about the information given and what we are trying to find. We want to find the complex number

which satisfies this slightly strange set of constraints, and the constraints are given in terms of

. So, by the looks of things, the answer will depend on

and so the final expression should be a function of

as two complex numbers, but importantly two numbers which differ only by a real number

, so wherever they lie in the complex plane, they have the same imaginary part and differ only by an real part.

Now, the constraints are about the arguments of the two complex numbers. It doesn’t tell us anything about the magnitude of the numbers, so all the information tells us is the direction are in relation to the origin. Let’s plot the lines of complex numbers which satisfy the two argument conditions. 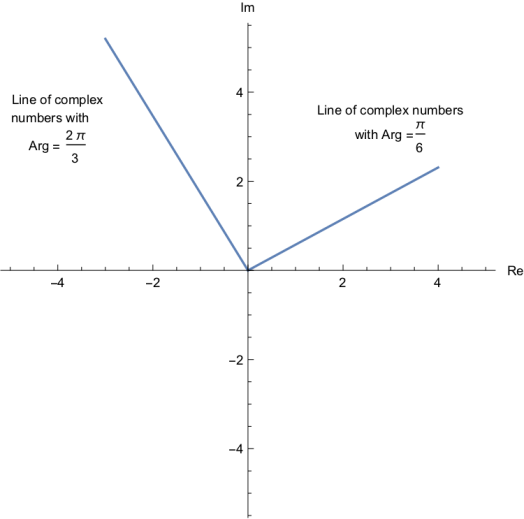 ok, so we know that

lies on the right hand line, and

lies on the left hand line, and we know that they have the same imaginary parts. Let’s draw in the line which goes between the two and clearly has length 2a. We will just put it in at some random position, so don’t take the height here to mean anything, the value of a would of course determine the height. 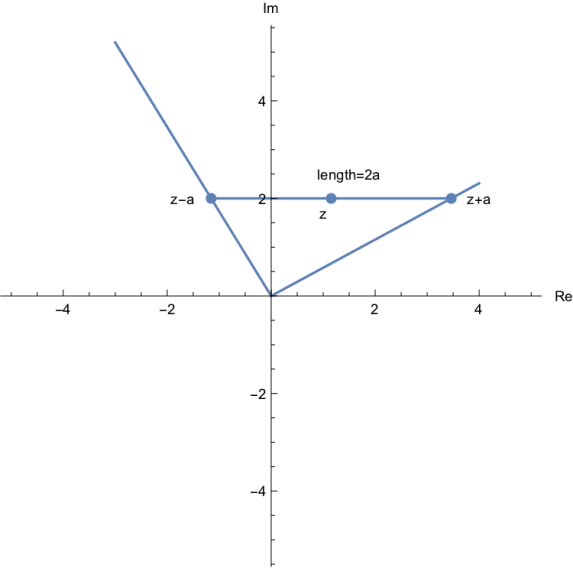 We actually have some more information to put into the diagram as we have the angles of the two non-horizontal lines from the positive real axis. In fact we will only need one of them, though we do not the fact that the triangle above is a right angled triangle because: 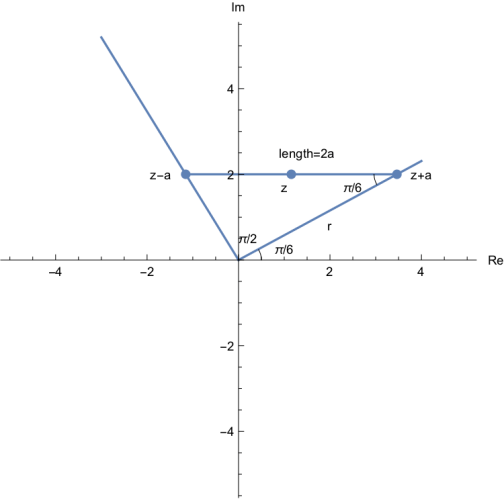 Now we want to know the length

but we can do this with some trig:

Now we know the position of

which will be at: