With many congratulations for the winning entry, as voted for by mostly MAM1000W students!

At the end of every year, many families celebrate the holiday season by decorating a Christmas tree, and almost all of them will use some form of lights. The kind of cheap lights that sit on a long wire that gets wrapped around a tree, and then sparkle in a whole lot of awesome colours when you plug them into the power socket.

In my family, we have a whole lot of these kinds of cheap, fragile lights in a big box. Every year, when we decorate the tree, the box gets opened and is full of hopelessly tangled wires which were hastily shoved in the year before. It’s always a bit of a pain untangling the wires and it can get really
boring testing each string of lights to see if they are still working. But, as I am about to tell you, if you think about some really clever maths, it’s a whole lot more fun! 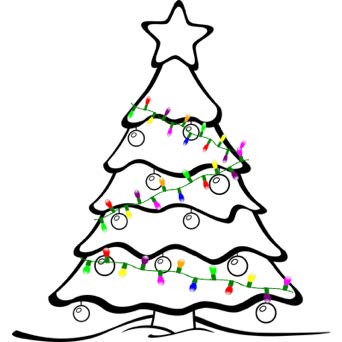 So, when I want to test a string of lights, the first thing I do is untangle the the wire from any others and lay it out in a nice straight line along the floor.

The next thing I do is plug the wire into the wall socket so that it’s set up for what I’m about to do.

If I turn the switch on, electricity will flow through the wires. But, even if some of the lights are working, this cheap string of lights won’t light up because the circuit is broken. For the whole string to light up, electricity has to flow through each and every light. This only happens if that light is working and is properly connected to the next light too. If all the lights work and the connections between all the lights also work, then the entire string will shine and I’ll know that the whole thing works.

Okay cool, but what does this have to do with some fancy mathematics stuff?

Well, grown-up mathematicians do more than just follow rules to add and times numbers together. If you study maths in university, you learn how to create your own own rules. But you can’t just make up any old rules! You have to prove to all the other mathematicians that your rules make sense. One way to do this is by using something called ‘Mathematical Induction.” It sounds fancy, but it’s just as simple as setting up those christmas-tree lights. This is how it works:

The mathematicians have already plugged the string in (proven the base case) and they have proved that all the connections between lights are working. This means that if any light is shining, then the light next to it also shines (inductive step). Now, they can flick the switch and by the “Principle of Mathematical Induction”, the whole string will shine — proving that their rule was true and putting a festive smile on their overworked and underpaid faces.