One of the equivalence classes is

which is equivalent to writing

The following theorem generalises this idea for any relation

be an equivalence relation on set

are equal if the elements

are related under the relation

And simultaneously, knowing that elements

equivalence classes. We call this situation a partition of set

A partition of a set

is defined as a set of non-empty subsets of

such that both these conditions are simultaneously satisfied:

(i) the union of all these subsets equals

(ii) the intersection of any two different subsets is

Let’s return to our example:

We could represent this set as: 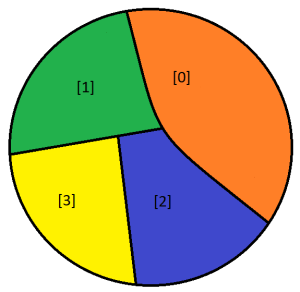 for example is an empty set

since there are no elements in

that are also in

In general, we write

We want to identify the equivalence relation

on the set of integers.

Consider the next example: