array of numbers. If we have a

we can write it as follows:

The first term is just the first element in the top row multiplied by the determinant of the bottom two rows, not including the column that

is in. The third term is the third element in the top row times the determinant of the bottom two rows, not including the column that

is in. We could then multiply out the

Just to see where the pattern is going, let’s look at a

example. The following defined the determinant of a

Notice that the signs between each term alternate between

and we define the determinant recursively. Ok, good, now that we have shown how to calculate a determinant, we can give a very simple expression for the cross product in terms of the determinant. For our vectors

Check for yourself that this does indeed give the same expression for the cross product as in equation \ref{cross1} when you expand out the determinant. What we have now is simply a very simple notational form for calculating the cross product of two vectors. We will see in the section on linear algebra a way to define the determinant of any square matrix. 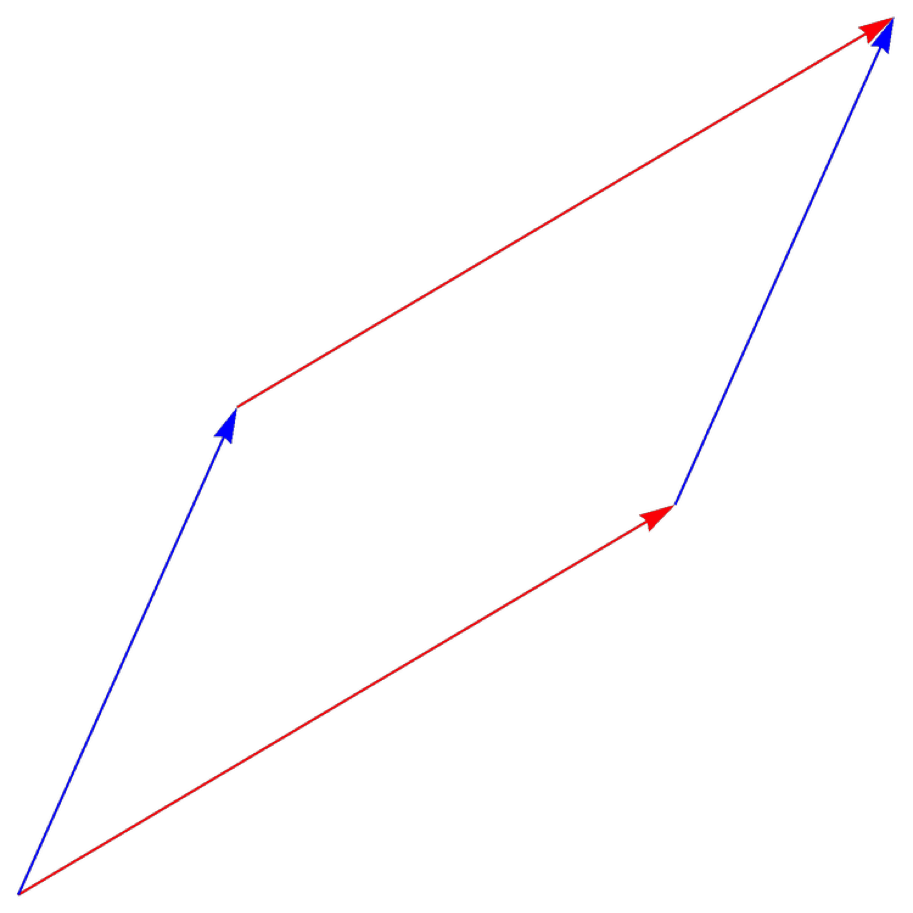 The cross product of the blue and red arrows will give a new vector whose magnitude is equal to the area of the parallelogram between the vectors shown here.

Properties of the cross product

The fact that the cross product produces a vector which is perpendicular to the two vectors being crossed is extremely useful. In particular it allows us to find vectors perpendicular to planes. Such a vector is known as a normal vector and can be used to define a plane in 3 dimensional space. Any flat surface in 3 dimensions can be defined by a single point on it and a vector perpendicular to it. To calculate the normal vector we can simply take any 3 points on the plane and define two vectors that go between these three points. As long as the points don’t all lie along a straight line we can then take the cross product of the two vectors and the result will be a vector which is perpendicular to the plane. We will see in a bit how this vector can help us to discover relations between points on and off the plane.

Let’s imagine a plane that goes through the three points

. We can form 3 vectors from these three points, but we will only need two.

. We can find a vector normal to these:

that it does indeed give zero.

where the hat on the

is sometimes used to denote a unit vector.

In the figure below we show the vectors described above (the perspective has been somewhat warped so all the arrows should really be perpendicular to one another). 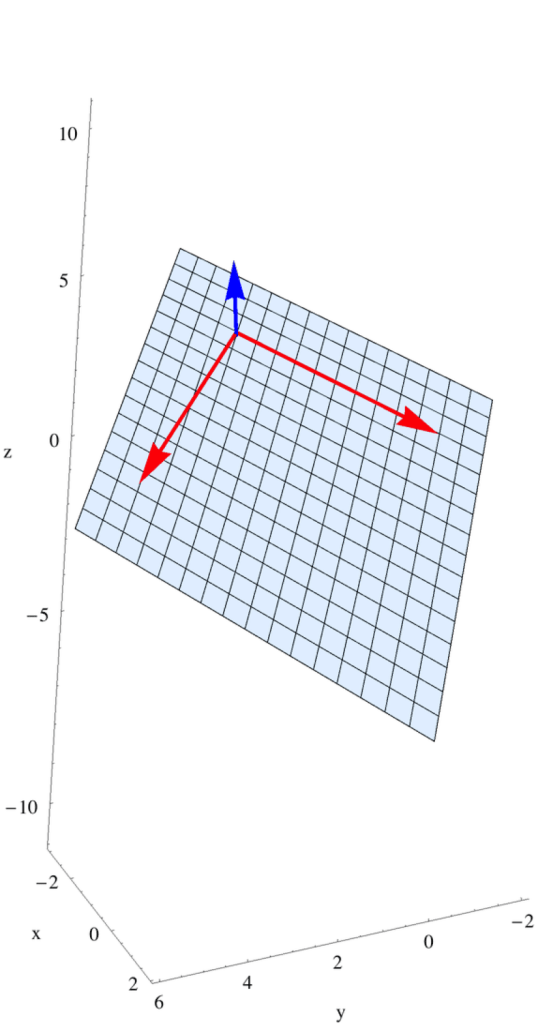 The cross product of the two red arrows which lie in the plane produces the blue arrow (once normalised to one) which lies perpendicular to the plane.